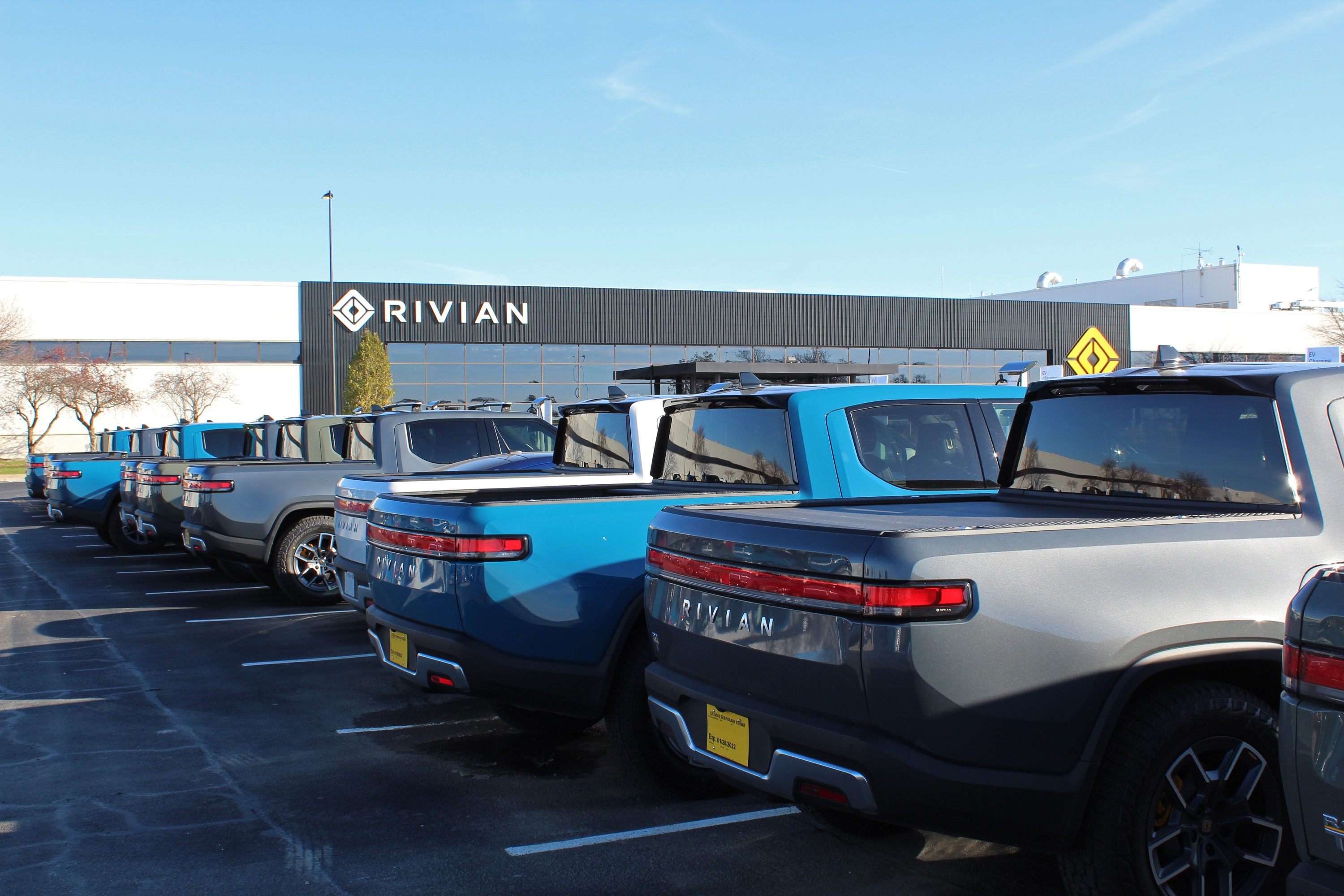 The electric truck maker further delivered 4,467 EVs during the period, representing growth of 72% and 264%, respectively, compared to the first quarter.

In addition, Rivian said it is on track to deliver 25,000 vehicles in 2022, in line with its previous guidance disclosed in the first-quarter earnings report.

Following Wednesday's report, shares of the Irvine, California-based company jumped as much as 7.4%, reassuring investors that Rivian is effectively ramping up its business.

But despite the big rally, the stock is still down 70.5% year-to-date and over 80% from record November highs.

CFRA analyst Garrett Nelson said that although second-quarter volumes, in-line with expectations are promising, Rivian will need to operate at much higher utilization rates to hit its targets for the second half of the year.

Although the demand for electric pickup trucks is still relatively small, the shift from traditional internal combustion engines to battery-powered vehicles has become more pressing amid climate change and sustainability initiatives and has proven increasingly popular with consumers.

Rivian is competing against more-established rivals who are releasing their own versions of battery-powered trucks and SUVs. But the EV manufacturer isn't the only car maker struggling to boost production.

RBC Capital analyst Joseph Spak explained that the main focus would be on Rivian's 2022 production target of 25,000 vehicles.

"In our view, the most critical part of the near-term RIVN story depends on hitting their 2022 25k production target. Ideally, we would have liked to see even more improvement in 2Q22 production," Spak said.

Rivian produced 7,969 vehicles from the beginning of production in late 2021 through the end of June.